CNN | Who’s who in the alleged Venezuela passport fraud case (CNN)A joint investigation by CNN and CNN en Español uncovered serious irregularities in the issuing of Venezuelan passports and visas.

The investigation involved reviewing thousands of documents, conducting interviews in the U.S., Spain, Venezuela and the United Kingdom, as well as tracking down various officials from Venezuela.

Here’s a look at some of the key men and women involved in this year-long CNN investigation: 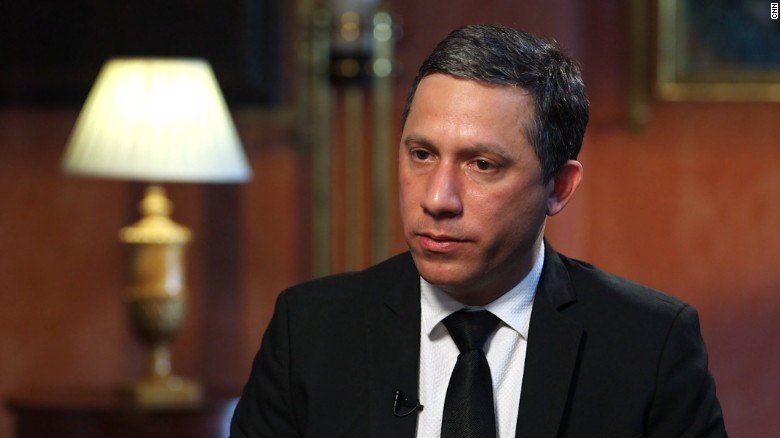 Misael Lopez is a former Venezuelan lawyer who served as legal advisor to the Venezuelan Embassy in Iraq from July 2013 to July 2015. During this time, Lopez alerted the Venezuelan government of the alleged sale of visas and passports inside the embassy in Baghdad. The Venezuelan government later denied these allegations to CNN. Lopez was formally dismissed in September 2015 and is now under investigation by the Venezuelan police for revealing “reserved, confidential or secret matters” to which he had access. He is now living in Spain. 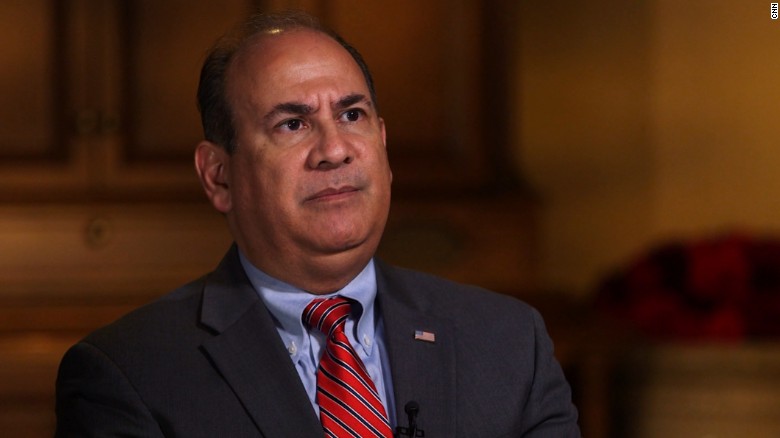 Roger Noriega served as US ambassador to the Organization of American States between 2001 and 2003 and soon after was appointed assistant secretary of state for Western Hemisphere affairs until 2005. He has been a strong critic of the Venezuelan government, denouncing the alleged proximity of former President Hugo Chavez to radical Islamic groups. Noriega now works for the conservative think tank American Enterprise Institute and is also managing director of Vision Americas. He has testified before Congress about passports and other security threats connected to Venezuela. 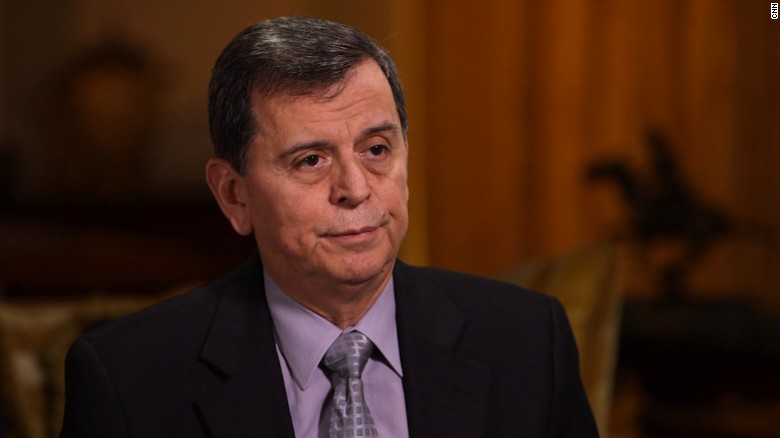 Marco Ferreira is a retired Brigadier General of the Venezuelan National Guard who headed Venezuela’s Department of Identification and Immigration between 2001 and 2002. He left the position after supporting a military coup against then-President Hugo Chávez. Ferreira told CNN that while running the country’s immigration office, he discovered countless irregularities in the identification system, including cases of suspected drug traffickers and terrorist groups with multiple Venezuelan passports and identification cards. 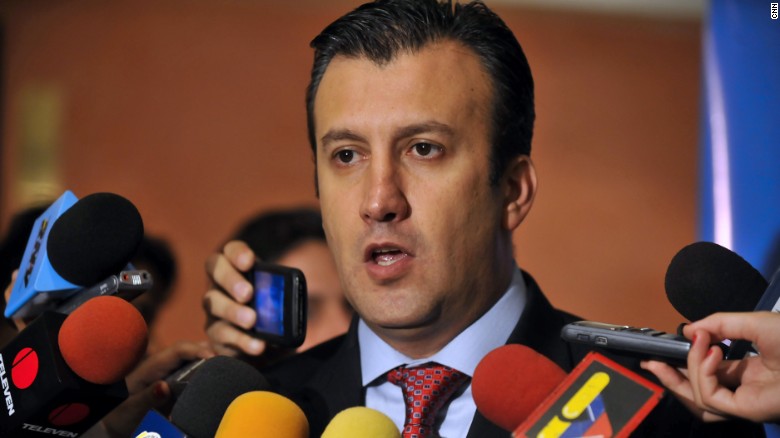 Tareck El Aissami is the vice president of Venezuela and the former minister in charge of immigration. He has been identified in congressional testimony for allegedly collaborating with terrorist groups in the Middle East. An intelligence report from a group of Latin American countries obtained by CNN says he used his political influence to provide identification cards, passports, and visas and to naturalize citizens of different countries connected to international terrorism. El Aissami has not responded to multiple requests for comment from CNN. 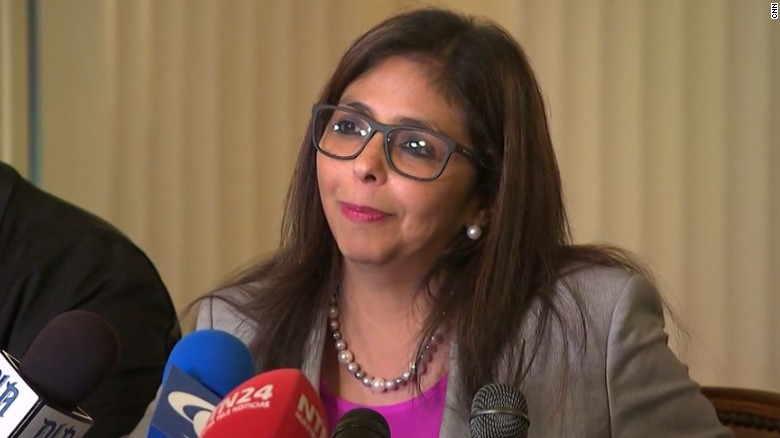 Delcy Rodriguez has been the Minister of Foreign Affairs of Venezuela since 2014. She is accused by Misael Lopez of dismissing important information on the alleged sale of Venezuelan passports and visas. During the 2016 United Nations General Assembly, Rodríguez said the allegations were not true. 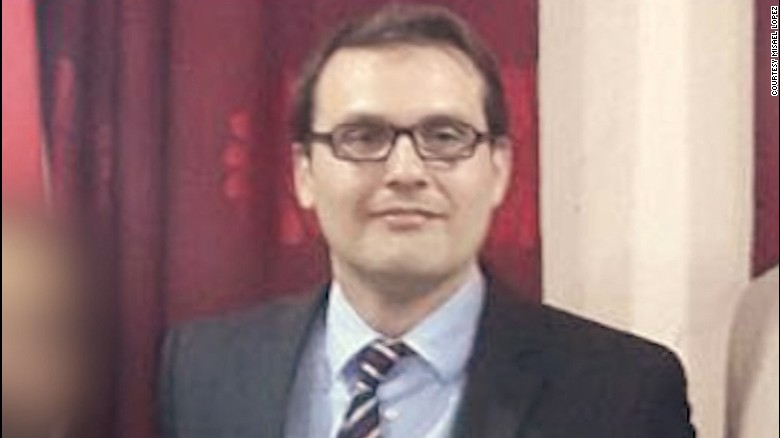 Jonathan Velasco is a Venezuelan politician, appointed in May 2013 as Venezuela’s ambassador to Iraq. Misael Lopez, who worked for Velasco when he was the legal advisor at the embassy, said the ambassador was aware of the alleged sale of passports and visas to non-Venezuelans by an embassy employee, who was an interpreter. Velasco has denied the allegations. 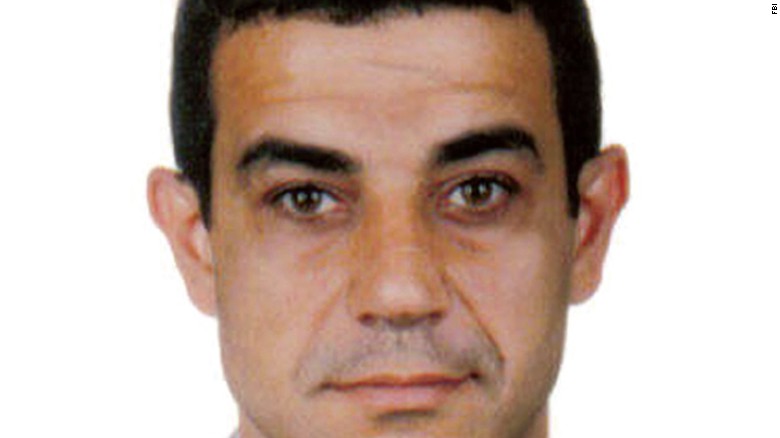 Ghazi Nasr Al Din is a former Venezuelan diplomat who served as counselor of the Venezuelan Embassy in Syria and later as head of political affairs at the Venezuelan Embassy in Lebanon. According to the U.S. Treasury Department, Nasr Al Din used his position as a diplomat to provide financial support to the terrorist group Hezbollah. Nasr Al Din has also done fundraising work for the group and facilitated the trip by Hezbollah members to and from Venezuela. He is currently on an FBI wanted list related to terrorism links. Nasr Al Din was born in Beirut and became a Venezuelan citizen in 1998.
Bron: CNN
Dit bericht werd geplaatst in _Venezuela, CNN. Bookmark de permalink .