Venezuelan president Nicolás Maduro has ordered the temporary closure of a major border crossing with Colombia and said on Thursday he would bolster military forces there following an attack on three soldiers who were looking for smugglers.

Maduro announced in a national broadcast that he would “raise the presence of state forces to the maximum” in response to the shooting of two lieutenants and a captain by people who fled on motorcycles.

The president earlier announced a 72-hour closure of a normally busy crossing in western Tachira state, and vowed to mount a special mission to boost protection for Venezuelans living along the 1,400-mile (2,200-kilometer) border.

The area has long been plagued by violence stemming from Colombia’s long-running conflict, the presence of drug-trafficking gangs and now by smugglers of cheap goods from Venezuela.

“We have reached the limit of the aggression by armed groups, of the speculators and smugglers,” Maduro said, referring to people who buy scarce, essential goods that are heavily subsidized by the government and then sell them for inflated prices across the border.

He also complained of a mass migration of more than 120,000 of Colombians into Venezuela this year and said he would seek international aid for a humanitarian plan to cope with them. 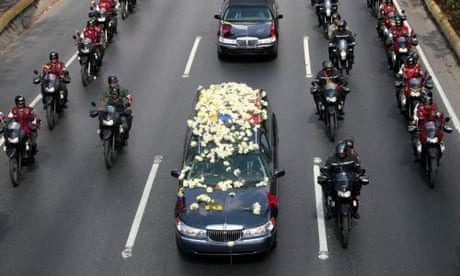 Closure of the border was announced on Wednesday night during a phone call to a state TV program hosted by National Assembly president Diosdado Cabello, came hours after the attack of three army officers while they were carrying out patrols in the border town of San Antonio.

“They were ambushed by two motorcyclists that we’re now looking for, even underneath the rocks,” said Maduro.

As part of a government crackdown against contraband, the government already this year has closed the border in Tachira at night, deployed more troops and toughened jail sentences for smuggling. It also rolled out a fingerprint-scanning system to restrict the amount of any single product shoppers can buy.

In total, the government says more than 6,000 people have been arrested for smuggling in the past year and it says more than 28,000 tons of food were seized last year in anti-smuggling operations.