The bust follows a series of other anti-corruption operations this year, as well as extradition requests for a number of Venezuelan criminals living abroad.

Petrowarao’s Head of Finance Alimir Osorio Subero, Contract Administrator Yraima Lopez, and Operations and Maintenance Superintendents Noel Avila and Freddy Marquez are all accused of irregular contracting, criminal association, and intentional embezzlement in dealings which, according to the Attorney General’s office, have cost the nation more than US $9 million.

“The Attorney General’s office, in its determined fight against corruption and in favour of public ethics, has unveiled a new corruption network,” declared Saab in a press conference.

“With these four, the number of functionaries detained for oil-based corruption now reaches 100… This shows a systematic and permanent struggle to cleanse our oil industry,” he went on to manifest.

The latest bust involves the alleged irregular hiring of maintenance firms Turbimeca, Energy International, GE Energy Parts and Energy Controls Solutions in 2012 for vital maintenance of an electrical generator of the Pedernales oil field in the north eastern area of the Orinoco oil belt, in Delta Amacuro State.

Saab has accused those involved of “violating the internal controls and procedures,” as well as assigning contracts “without board approval.”

Despite the payment of US $5 million and 27,380,000 Bolivars (US $4.3 million at the exchange rate at the time), which was made to a personal bank account, the maintenance was never performed. As a result, oil production in Pedernales was later halted for over 235 days due to a failing electrical supply.

Pedernales oil field is run by Petrowarao, a company which was created in 2006 with 60 percent capital investment and ownership by Venezuela’s PDVSA and 40 percent by the British-French oil firm Perenco. The field has 26 active wells and is largely based on floating platforms. In 2010 and before the recent collapse in oil production, Pedernales produced around 5,000 barrels per day (bpd). 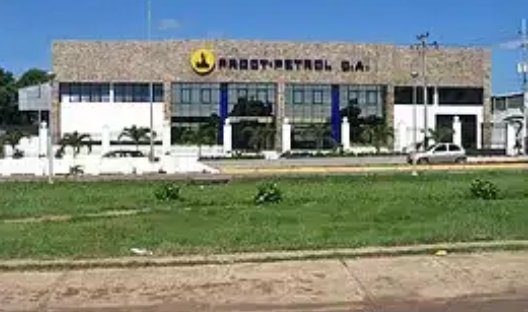 The oil bust follows a series of similar advances by Venezuela’s judicial system in recent months, with anti-corruption forming an important part of Saab’s efforts.

Last month he reported that the number of citizens arrested since August 2017 for corruption has reached 1,116. What more, he claimed that 1,282 people have been accused of corruption, 751 sentenced after confessing their crimes, and 56 currently awaiting trial.

He also told press that since assuming office, 30 ex-prosecutors have been processed for corruption, of which 19 have been sentenced.

Saab also weighed in on the contentious confession of ex-government official Alejandro Andrade, recently sentenced to 10 years by US authorities.

Andrade confessed to having received more than US $1 billion in bribes whilst working for the government of Hugo Chavez as head of the National Treasury and president of the Economic and Social Development Bank (Bandes).

Andrade allegedly took the bribes in exchange for allowing private businessmen to take advantage of Venezuela’s multi-layered exchange controls at the time, buying dollars at a preferential rate to later sell in the black market.

Andrade later moved to the United States, reportedly owning six mansions worth more than US $30 million, at least 17 horses, 13 high range vehicles, and 35 luxury watches. At the time of arrest, his net worth was estimated at more than US $3 billion.

Venezuela has since requested his extradition, as well as the repatriation of the goods seized.

“We are hoping that the US government fulfils this extradition (…) as well as the repatriation of all of the resources extracted from the country,” Saab told press this week.

Saab also informed the country Tuesday that progress is being made in protecting children’s rights.

Since August 2017, 4,891 cases of child abuse have been opened in the Attorney General’s office, with more than 1,606 people accused.

Most recently, he emphasised, Venezuela has managed to achieve the extradition of Gianfranco Agostinone, also known as the ‘Monster of Anzoátegui’ from Miami, USA. Agostinone is accused of paedophilia.

“These crimes are amongst the most abominable, dirty, and execrable that exist,” blasted Saab. “In some industrial societies paedophilia is almost like a sport for the financial and political elites, but in Venezuela it isn’t that way, here it is punished with the weight of the law.”

Nonetheless, Saab did admit that those responsible in Venezuela are often “powerful people.”

The Attorney General also announced that a joint agreement with UNICEF is due to be signed in 2019 which will “strengthen the technical capacity” of those enforcing children’s rights.